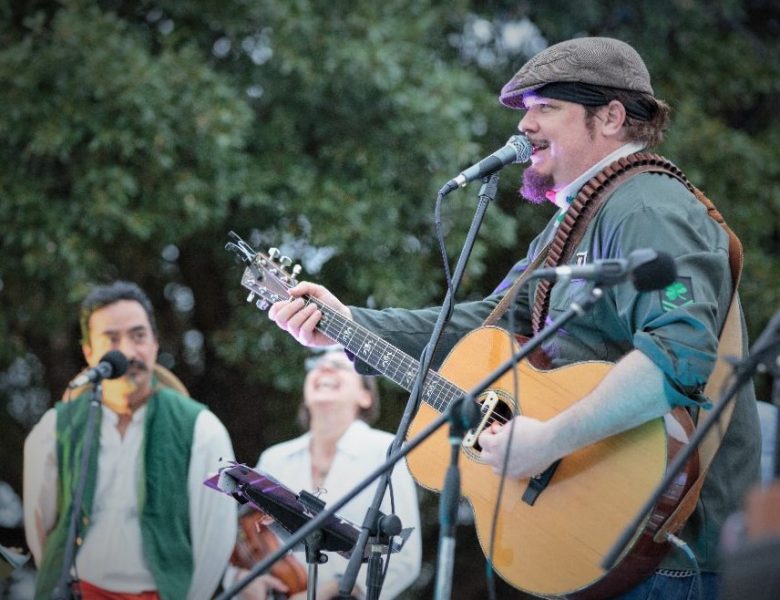 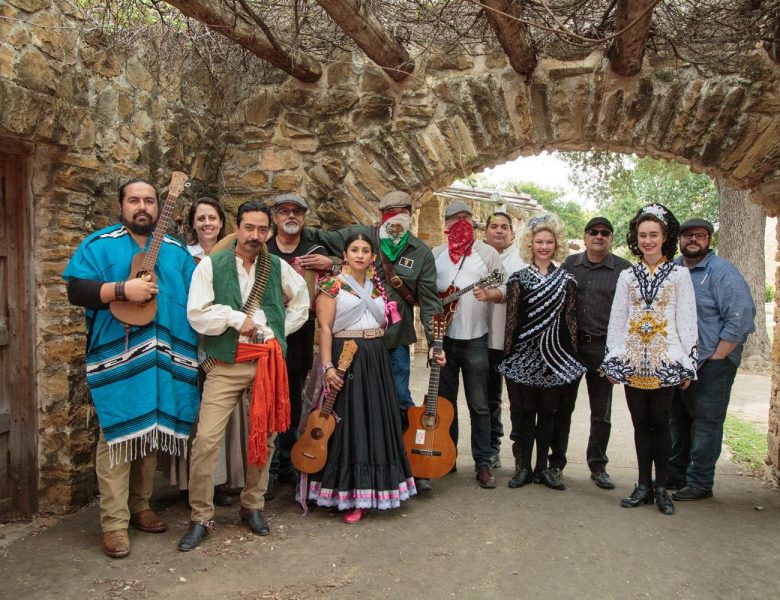 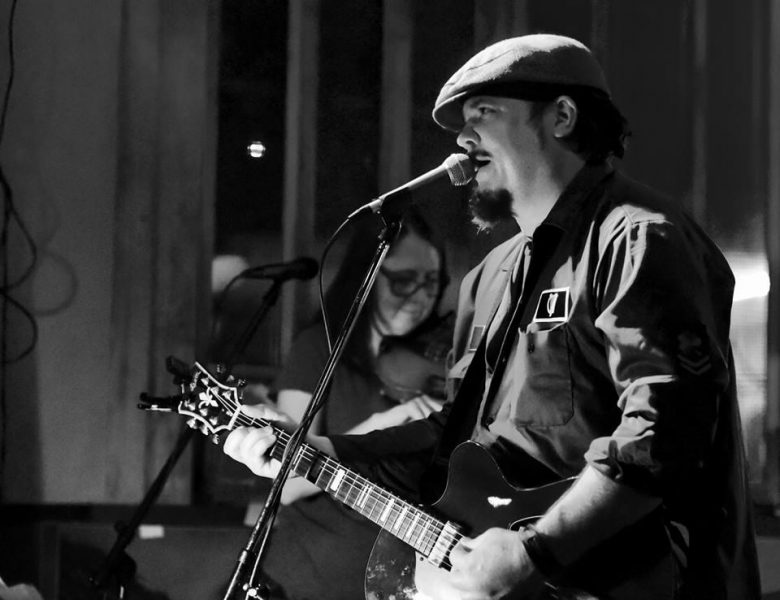 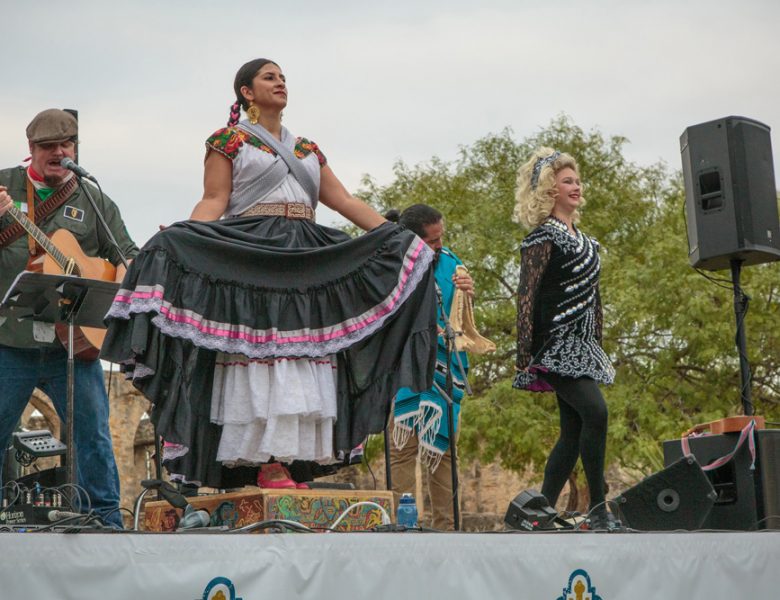 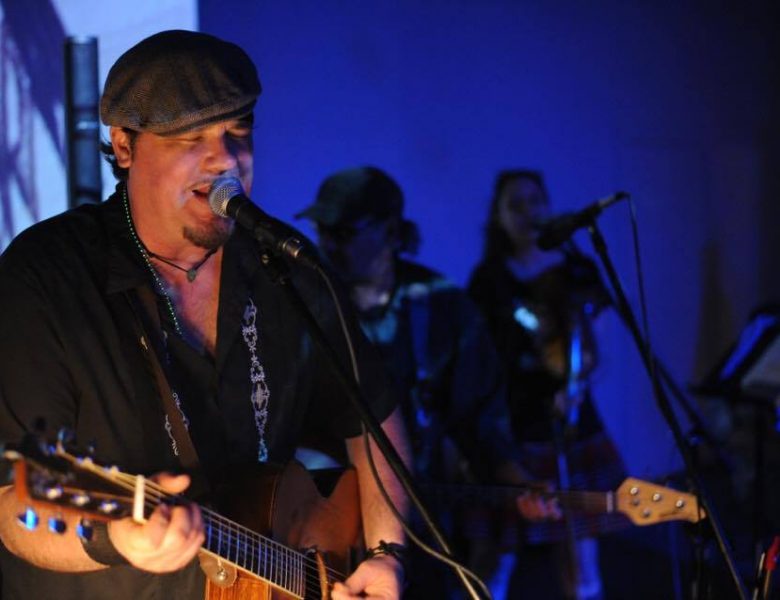 Every year, the band Mike Ryan Coyotes (MyCryin’Coyotes) morphs into an Irish Punk/Folk/Rock band for St. Patrick’s Day. Hence forth we will be performing under the name: Mike Ryan y Los San Patricios. This is an homage to both my Irish roots and to my San Antonio roots, and to the Mexican culture and the kind, warm people that took me in to their homes like an adopted, misfit child.
This musical performance hopes to show the universality between the sons and daughters, grandsons and granddaughters of Irish and European immigrants with all past, present and future immigrants that come to these shores. Maybe it will help to remind us that we ALL need a welcoming harbor during troubled times. Maybe we can strive to overcome our arrogance with compassion and to remember that we were all once newcomers to these Native indigenous lands.

The Irish diaspora share some interesting cultural and historical connections with the Mexican people. Besides the obvious Catholic ties, the San Patricios Battalion stands as a powerful example of people who have also lived with, but never surrendered to oppression. The Irish and the Mexican people curiously manage to keep a sense of humor in the face of dire situations, then sing and celebrate it.
The San Patricios were comprised of mostly Irish, but also German, Scottish, and Italian immigrants that were conscripted into the U.S army in hopes of escaping famine and poverty during the 1840’s and many deserted after receiving repeated brutal treatment from anglo officers that involved severe beatings with horsewhips and barbaric facial branding from red-hot cattle irons on young men’s faces. The conscripts were marched across the country and arrived in South Texas near el Rio Bravo (the Rio Grande) while the U.S planned a military invasion of Mexico. The homesick Irishmen heard the familiar rhythms from across the river, heard the laughter and the music, the celebrations of the old Saints. They noticed the beautiful dark haired, dark skinned women and must have questioned whether they had joined the wrong side. Most importantly, the Irish were keenly aware of what it was like to live under a bullying powerful colonial power. They witnessed the unjust provocation of war with Mexico by a stronger nation in search of territorial expansion.

We may not be able to say with certainty what drove each individual to desert the U.S. army and to form a battalion to fight with the Mexican people. But we do know that they fought with extreme bravery under the Irish green field and golden harp. They took the patron Saint of Ireland’s name and they are remembered every year in song and in celebration, in Mexico as well as Ireland, as the San Patricios Battalion.

We will be playing furious and grande traditional as well as original Irish songs, including songs from the Pogues, the Dubliners, Van Morrison, Christy Moore, the Waterboys and many more. Join us for some good craic, ceol, rebellious fun, frivolity, and stereotypical green cliche’ nonsense. Come dance, hop, sing and laugh with us…at us…and at yourselves.